Last Tuesday, just over one week into my new, year long challenge I have gone and (probably) broken my finger..

I was rolling around, trying out my new, YouTube inspired, moves and getting suitably humiliated. At the time my adrenaline was sky high and I didn’t notice anything was wrong until after the bell went and my finger started throbbing mercilessly. I mean, it’s not like my bone was sticking out to side or anything but it was blue, swollen and painful.

Being the slightly socially awkward guy that I am, I didn’t want to go and wait four hours at the emergency room just to tell them my finger hurt. Instead I phoned 111, which actually turned out to be a really good service. They took some details and a couple of hours later a paramedic phoned me back.

She told me it was probably broken but unless it was major break and badly deformed  there was nothing they could do about it but strap it up. I just needed to look after it for the next 4 to 6 weeks. FOUR TO SIX WEEKS! What a ridiculous start to the challenge. I can’t just take a month and a half off. Talk about stopping before you ever start.

Following her ‘off-the-record’ advice I headed down to the pharmacy to stock up on medical gear, immobilised, iced the finger and started doing some Googling on how could I still improve/train with my finger. 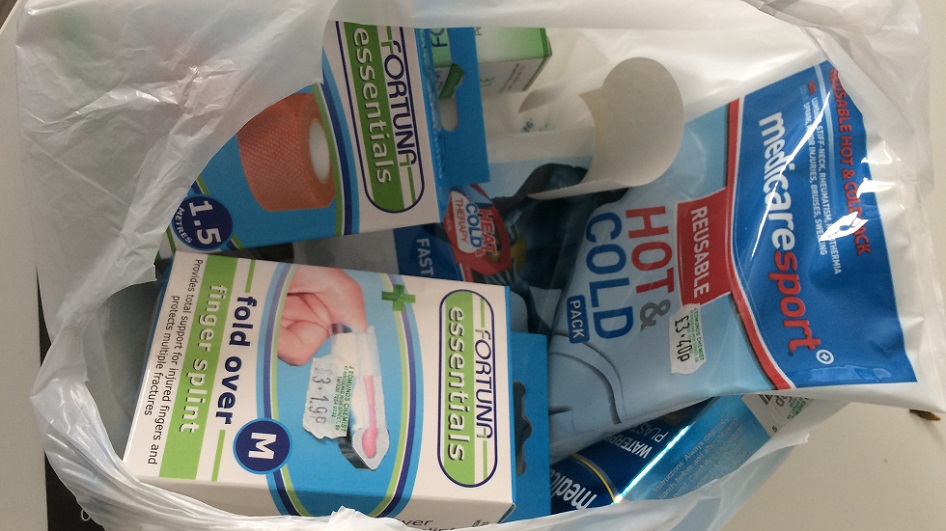 The advice seemed to be:

Don’t use the finger, roll light, roll technical and make it clear to every training partner where the injury is.

So for the last week that’s what I have been doing. I took the next day off and then wrapped it to the finger next to it with with really obvious, over the top tape. My finger became a beacon shouting out “take it easy on me guys, this fellas injured”.

It’s now exactly one week on, I’m back training daily and although I still can’t use my left hand I feel like I am back on track. The journey continues, my technique is improving  and I’m still loving Brazilian Jiu-Jitsu.  So for that I am thankful.

During my research I came across one video where Rener Gracie said the following:

Huh. Okay. I like the enthusiasm, but how can that possibly be true?

Well to cheer myself up I tried to came up with a few positives:

Wish me a speedy recovery and if you have any good tips on how to reduce the chance of injuries or how to train with them I would love to hear from you.